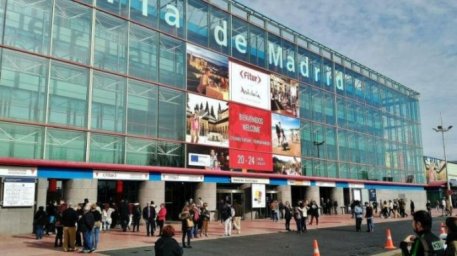 The XXVII edition of the International Tourism Fair reaches new participation records. Some 13,000 companies attended the exhibition held in Madrid between January 31 and February 4.

For five days, 170 countries with different languages have had in Madrid a single language, tourism, which has shown once again that it can unite different peoples.

The XXVII edition of the International Tourism Fair of Madrid (Fitur), closed yesterday, will go down in history to reach new records for the participation of professionals during the three days dedicated to them, and public at the weekend, when the event It opened for all citizens.

Sources of the organization told EFE that the number of professionals exceeded 149 thousand 791 last year, reaching 156 thousand, with an increase of 4%, while the general public, which crowded the fairgrounds during the weekend, exceeded 100 thousand people.

A total of 13 thousand companies attended the exhibition held in Madrid between January 31 and February 4, occupying the 90 thousand square meters of the ten pavilions that the Juan Carlos I fairgrounds have for their events.

The number of direct exhibitors was exceeded (845), of which 43% were foreigners and the remaining 57 were Spanish, and the novelties presented were numerous.

First, he highlighted the presence of four new countries, Niger, Azerbaijan, Armenia and Zimbabwe, and the return of two others who had been absent from the previous fair, Latvia and Estonia.

Another notable aspect was the main attraction of the stands, which took advantage of any loophole to «sell» their image, and even win the award for best shows, as was the case of the Acciona Trasmediterranea company or two countries: Jordan and Andorra.

The spectacular prize was not awarded to Gambia and the debutante Zimbabwe, who set up real African villages, Tahiti, with a waterfall, or Indonesia and Guatemala, providing the showyness of their typical costumes.

tourism, fair, Fitur
—
Spain
RSS
No comments yet. Be the first to add a comment!
Log in or Register to write comments
Related news