Spain will engage in the development of shopping tourism 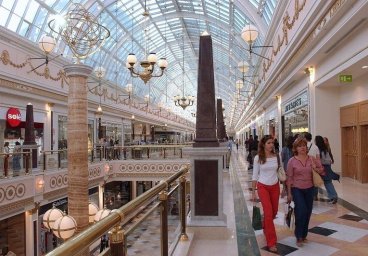 Spain will develop and strengthen the country's image as a destination for shopping tourism, especially in the Chinese and Russian markets, said the Secretary of State for Tourism of the Kingdom of Isabel Borrego.

Tourism remains one of the most important components of the Spanish economy. So, since the beginning of 2013, the total cost of tourists in Spain has reached 40 billion euros, which is 7.2% more than a year earlier.

«We will continue to work on creating a more specialized and organized proposal that will increase profitability and strengthen the position of Spain as a leading tourist destination,» said the Secretary of State, adding that the emphasis will be on creating new tourist routes and strengthening the online trading sector.

Borrego recalled that the Ministry of Economics has already allowed the introduction of a free mode of operation in stores that are located at the points of greatest tourist activity. Shopping tourism has great potential in Spain, and we need to develop and promote it more actively, «the Secretary of State concluded.

In the first three of the Globe Shopper Index, published in September, the ranking of the most popular European cities for shopping, there were two Spanish megalopolises at once — Madrid and Barcelona, which scored 67.1 points out of a maximum of 100. Only London was above the table, surpassing the Spaniards by a modest 0, 2 points. In total, 33 cities of the Old World are noted in the Globe Shopper Index.