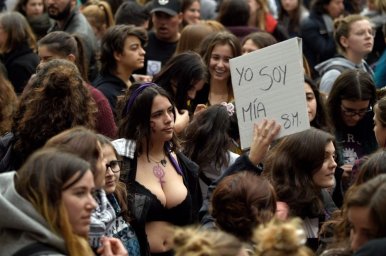 It’s the day of the Working Women today, with the Spanish government doing what it can to end discrimination and also domestic violence.

The government particularly wants to see more women in positions of management and more women on electoral lists.

In Málaga province for example, women do not yet make up even a third of the company director posts, with only the number of local councilors approaching equality. Only 16 % of university professors are women.

The day of the working woman was established initially to commemorate the death of 129 women in a textile factory fire in New York.

Spain in drive to get women into special forces