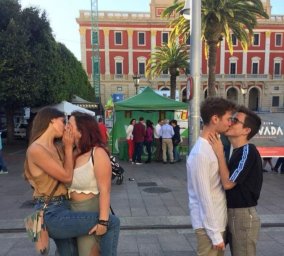 Spain has become the main European tourist destination for gays and lesbians, according to the publication Euro Weekly, citing data from a study by LGBT Capital.

Spain earns about 6 billion euros a year from LGBT tourists. Considering that since the beginning of the year, foreigners have replenished the state budget by € 37 billion, the share of LGBT tourists accounts for a sixth of the income. In addition, as experts say, such travelers spend 30% more than traditional tourists.

According to experts, this is facilitated by the fact that the country in 2005 was one of the first in Europe to legalize same-sex marriage, and in 2014 was recognized as the most friendly to homosexuals in the world. In particular, in Madrid in July was held the world's largest gay pride parade Madrid’s Pride.

The second most popular European destination for non-traditional tourists is France, which, thanks to LGBT travelers, earns 5.9 billion euros per year. Germany came in third place (about 4.7 billion euros).