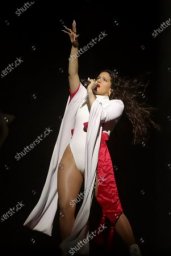 Spanish music in its folkloric and professional forms is the heritage of an ancient and rich culture. Its origins lie in the highly developed and stable in its traditions musical art of the most ancient inhabitants of the country — the Iberians, in the 6th century. before Christ my. mixed with the Celts. Later conquistadors brought their own musical culture, also superimposed on the original Iberian base. The Arabs who dominated Spain in the 8th — 15th centuries, and the Gypsy tribes who settled in the 15th century. In the southern part of the peninsula, it reinforced the oriental flavor of Spanish music previously introduced by various immigrants from the Middle East.

The historical destiny of Spain and its specific geographical conditions determined the diversity of local cultures and musical styles, of which 5 main ones stand out.

The heyday of Spanish musical culture, especially in the genre of sacred music, began in the 16th century.

Spanish music has a vitality and rhythm that reflects the many cultural influences of Christians and Muslims. The zarzuela is a musical genre similar to the opera that began in the 17th century.

During the 18th century, an outstanding composer for keyboard instruments was Antonio Soler; Enrique Granados and Manuel de Falla continued the tradition into the 20th century.

The music of the new Spanish school, led by Filipe Pedrell, composer, musical historian and folklorist, is rich. Masters such as Isaac Albeniz, Enrique Granados grew up in this school.The greatest achievements of the Spanish school are associated with the name of Manuel de Falla, whose works (songs, dances, ballets), juicy and temperamental, saturated with deep folkloric intonations, gained popularity. and recognition for the author beyond the borders of his country.

Famous Spanish performers of the 20th century have been the guitarist Andrés Segovia and the cellist Pau Casals. The most characteristic Spanish popular instruments are the guitar, the tambourine, the castanets and the bagpipes. Among the Spanish dances (each one with its peculiar music) the muñeira, the sardana, the chotis, the sevillanas, the various jotas and various styles related to flamenco stand out.

Rosalia performs a concert during her tour ‘El Mal Querer’ at Wizink Center in Madrid in 2019. She wore a white and red outfit.

​spanish, music
—
150
Spain
Tweet
RSS
No comments yet. Be the first to add a comment!
Log in or Register to write comments
Related
The Spanish way of life