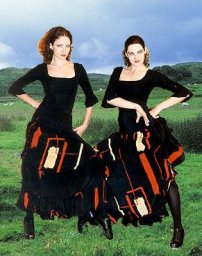 The Spanish people are a mixture of indigenous peoples of the Iberian peninsula with others that were successively conquering its territory, occupying it for different periods of time. These ethnological elements encompass the Celts, a town on the Atlantic Europe, the Iberians, Phoenicians, Greeks, Carthaginians, Romans, all Mediterranean peoples, and the Swabians, Vandals and Visigoths (see Goths Pueblo), Germanic peoples. Semitic elements, especially Arab and Jew are also present. There are several linguistic groups in Spain have maintained a distinct cultural identity. These include the Basques, whose number is about 2.7 million, the Galicians, who are about 2 million, and the Catalans, amounting to 6 million. Gypsies scattered throughout the Spanish geography, form an important small ethnic group with strong personality.

Spanish, people
—
Spain
RSS
No comments yet. Be the first to add a comment!
Log in or Register to write comments
Related
The Spanish way of life
The Spanish universities