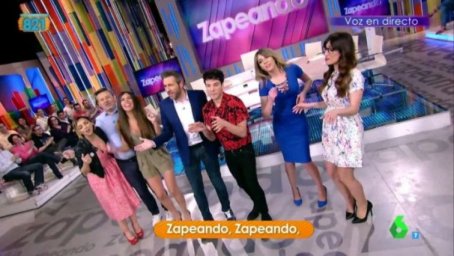 From Spain, the competition will be performed by the popular 27-year-old performer Blas Cantó. For him, this is the second attempt at the competition. In 2011, he did not qualify for the Auryn group. Since 2017, the singer began a solo career. His debut album Complicado was released in September 2018 and was very successful — it occupied the first lines in the Spanish charts. Blas will perform immediately in the final, as Spain is one of the founders of the competition.

The 27-year-old Blas Canto is known as the vocalist of Aurun and the winner of the fifth season of the television show Tu cara me suena.
Spain enters the so-called Big Five, so it automatically goes to the Eurovision finals without performing in the semifinals. This factor often relaxes the participants of the contest, therefore, Spain has recently taken the last places at the Eurovision Song Contest. Perhaps the singer Blas Kanto will be able to change this situation in 2020 — he will represent the country at the competition.
According to RTVE Corporation, the performer will represent the kingdom at a prestigious music competition in 2020. RTVE supported the singer's candidacy.
Canto hails from Murcia. At the age of 27, he has already become popular — Kanto is the vocalist of Aurun.
The singer won the fifth season of the popular show Tu cara me suena, which is similar to the Russian one-to-one television show.
The road to success in his musical career, Blas Canto began to pave as part of the Spanish group Auryn. The singer decided to start a solo career in 2017, and this decision was successful. His debut studio complicado was released in September 2018 and won first place on the Spanish releases chart.
Spain is included in the so-called Big Five Eurovision Song Contest (is one of the founding countries of the song contest). This allows the country to go straight to the grand finals. But, despite such a valuable privilege, in recent years its representatives can not boast of great success. Perhaps this situation next year will be able to correct Blas Canto.
Blas Cantó, Eurovision 2020
—
116
Spain
Tweet
RSS
No comments yet. Be the first to add a comment!
Log in or Register to write comments
Related news