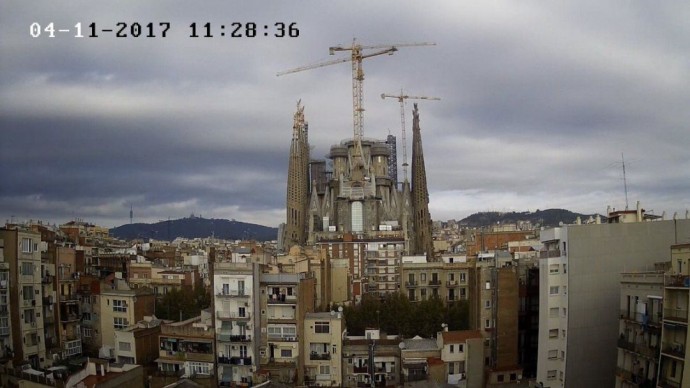 The live webcam shows the Sagrada Familia in Barcelona in Spain in real time.
The Sagrada Familia is the main attraction of Barcelona and the only temple built in the world. He began to build the famous architect Antoni Gaudí in 1882 with donations from citizens. Initially, the project was developed by the architect Francisco del Villar, but at the end of 1883 the construction was directed by Antonio Gaudí, which radically changed the project. The Holy Family is based solely on donations. A surprising and unusual view of the temple makes it one of the main attractions of Barcelona and the center of attraction for tourists from around the world. The temple plans to build until 2026.
Barcelona, Sagrada Familia
Spain
Ads