Publicly traded: an effective way of financing for SMEs 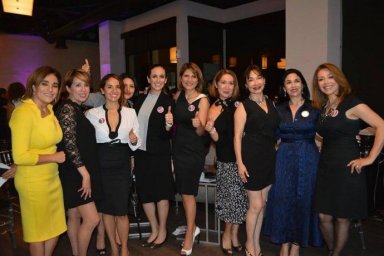 Getting financing for the majority of the 20 million SMEs in Europe is not an easy task. Much less for those who require more substantial capital for their development.

Well, know that there is a solution that can be very interesting and very effective: make your entry into the stock market.

This is a Spanish success story. In recent months, a company specializing in carbon fiber and innovative composite structures has become a world leader in engineering, manufacturing and systems. He has also just won a European Commission award for the newcomer with the greatest international projection.

Its entry into the stock market took place in March 2012. Since then, it has raised about 22 million euros and has experienced unusual growth.

“Before the IPO, we were 53. Today we are 583 employees. Our income was 10 million euros. Today they are 70 million euros. We have nine plants in the world, in the United States on the east and west coasts, in China and several in Europe.

With our IPO, we also improve our technology in different sectors: automotive, aerospace, rail and civil engineering. ”

Going public has allowed the company access to essential funds to achieve the double strategy of internationalization and diversification.

“Going public is potentially a great opportunity for development. However, one must be fully aware of the pros and cons, ”says Serge Rombi, Euronews.

The loss of shareholder control and the financial and human cost are some of the many restrictions on IPO.

In addition, an SME award must regularly disclose certain information about its operations, its financial situation and strategic management.

According to Juan Juárez, Chief Financial Officer of Carbures, “the benefits of an initial public offering is to obtain access to capital in a continuous way, a better valuation of the company, more liquidity, more notoriety and credibility.”

In the event that a company intends to go public, something that requires great capital for its development, the advice is to prepare and listen to the opinion of the experts before taking the step.

For Rafael Contreras the keys to success are «a good organization, perseverance and trust.»