The Miss Universe 2006 crown sets off for Puerto Rico – Zuleyka Rivera Mendoza, the representative of this country, has become the most beautiful girl in the universe of this year. However, at the final press conference in front of hundreds of cameras with the new “Miss Universe”, which worthily passed all the stages of the competition, there was an embarrassment.

During a press conference following the results of the contest, Zuleyka Rivera Mendoza, who won the Miss Universe 2006 title, fainted and had to be carried off the stage.

Anna Litvinova, representing Russia, after the first final round, during which the girls walked around the stage in swimsuits, dropped out of the fight. Russian Anna Litvinova reached the final of the competition, where there were representatives of 20 countries, but in the first round, after passing in bathing suits, she did not get into the top ten finalists.

Earlier, it was assumed that Russia at the Miss Universe contest was supposed to be represented by Vice Miss Russia 2005 Alla Tretyakova from Omsk. However, in May she got married, which is strictly prohibited by the rules of the competition.

Miss Russia – 2005 by Alexandra Ivanovskaya didn’t get into the competition – she doesn’t pass by age: she is only 16 years old, while girls no younger than 18 years old participate in the Miss Universe title.

As a result, the jury opted for Anna Litvinova. She is a native of Novokuznetsk, a graduate of the Kuzbass State Pedagogical Academy. By education – a linguist. Fluent in English and French. She is the owner of the titles “Miss Kuzbass 2003”, I vice-miss “Sibir-2003”, and also became a member of the final five at the contest “Miss Russia 2003”.

In Los Angeles, where the competition ended last night (in Moscow – Monday morning), Anna Litvinova flew away on July 7. “I really want to win,” she admitted before the flight. “But if I don’t take the first place, then I won’t be upset, because the main thing is not victory, but participation.” However, she promised to represent Russia with dignity. 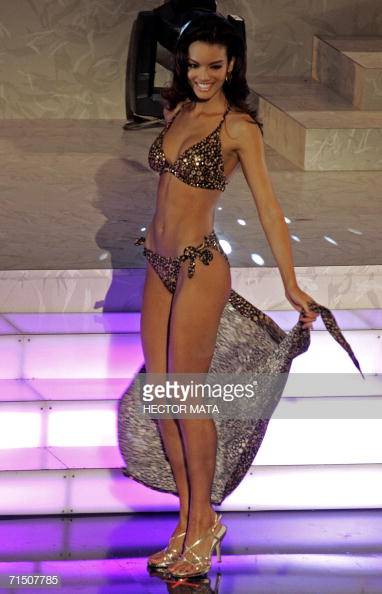 The winner was the Puerto Rican Zuleika Rivera Mendoza Show. Each of the 86 participants in the stylized national costume of their country went on stage and presented to the public. For Anna Litvinova, the national costume – the boyar sundress – was sewn by fashion designers from her native Novokuznetsk. This costume weighed about 6 kilograms and could change color.

By the way, in this part of the competition program, there was also a scandal. For example, the representative of Israel, Anastasia Entina, refused to be photographed with a participant from Lebanon – Gabriel Bu-Rahad. According to Channel One, Anastasia is from Ukraine and lives with her parents in Haifa, the very city that is constantly bombarded by Hezbollah militants. In addition, only 3 months ago she was discharged from the army, and now she is worried about her former colleagues.

Of the 86 contestants, only 20 reached the final, including Litvinov. In the final twenty, in addition to the Russians, representatives of Ukraine, Puerto Rico, Denmark, Switzerland, Colombia, Ethiopia, Canada, Japan, Brazil, Sweden, Trinidad and Tobago, Thailand, Bolivia, Hungary, USA, Paraguay, India, Argentina and Mexico were included.

In the final, Anna lost. Aafter the first round, during which the contestants walked the catwalk in swimsuits, the jury appreciated the beauty of the girls and selected ten who continue to fight. The Russian beauty was not among them. The competition was continued by the representatives of Canada, Trinidad and Tobago, Bolivia, Japan, Puerto Rico, USA, Switzerland, Mexico, Colombia and Paraguay.

The winner received from the hands of the owner of the Miss Universe 2005 title Canadian of Russian origin Natalya Glebova a magnificent diadem of diamonds and pearls worth $ 250 thousand, made by the Japanese jeweler Mikimoto.

During a press conference following the results of the contest, Zuleika Rivera Mendoza, who won the Miss Universe 2006 title, fainted, she had to be carried off the stage, Reuters reports. “It is very hot in here. She has a tight dress, you saw that it is all embroidered and heavy, ”the contest organizers said.

This is not the first victory of the representative of Puerto Rico in the contest “Miss Universe” – in 2001 Denis Kinonez became the owner of this title. The competition was then held in the hometown of the contestant.

At the Miss Universe 2006 contest, winners in various categories were also announced. So, according to the results of the online voting, the title “Miss Photogenicity” was assigned to the representative of the Philippines Leah Andrea Ramos.

The title of “Miss Congeniality” went to the representative of Ghana, Angela Azar – all 86 participants in the beauty contest voted for her. And in the nomination “Best National Costume” the Japanese won Kurara Chibana.

In a final interview, Puerto Rico spokeswoman Zuleika Rivera Mendoza was asked why she wants to become an actress. The girl explained her desire by saying that “representatives of the acting profession have the opportunity to put their hearts into the embodiment of the images of other people.”

Traditionally, the duties of the “Miss Universe” include charity. For example, Natalia Glebova, all year, as a goodwill ambassador, was engaged in drawing public attention to the fight against AIDS in the world.

She took part in various events, including a rally held in South Africa, during which she publicly tested for HIV.

This year, the Miss Universe contest has returned to where it started: in 1952, it was held in Long Beach, also located in California. The winner then was the representative of Finland.

The last time the Miss Universe final was held in the USA in 1998 – in the Hawaiian Islands, in Honolulu. Last year, the most beautiful girl in the universe was chosen in Bangkok. 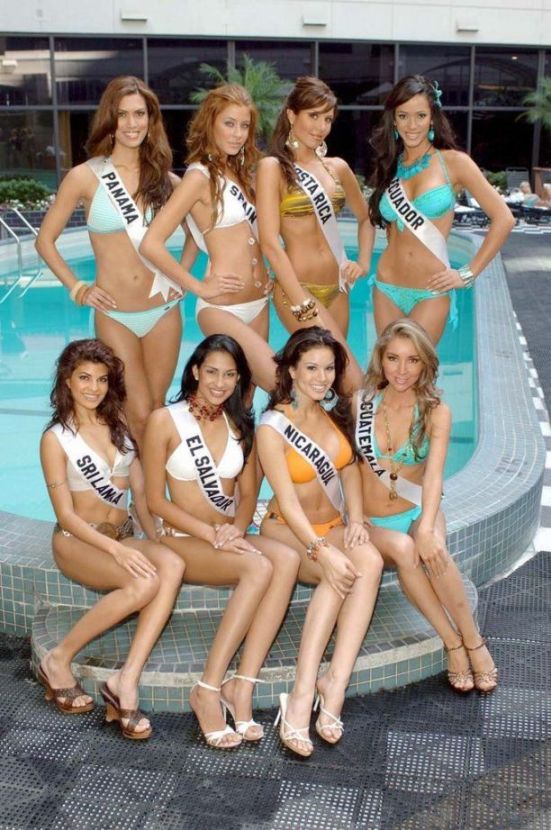 Miss Universe, Zuleyka Jerrís Rivera Mendoza
—
Spain
RSS
No comments yet. Be the first to add a comment!
Log in or Register to write comments
Related news