Mayor of Marbella declares in court 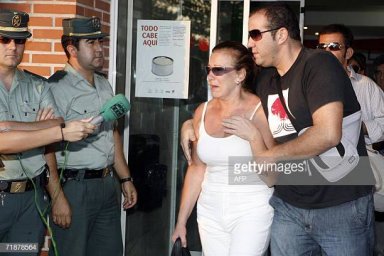 The Mayor of Marbella, Marisol Yagüe, has been in court in Marbella today.

Firstly she had to give a statement to the magistrate María del Carmen Rodríguez in Instruction Court Number One in the Copasur case. This relates to the accusations from the constructor Alberto Piñana, that the Mayor was intending to pay for work done at her private villa with municipal funds. Her home as been under a preventative embargo in the case for the last 20 days on accusations that a bill of 949,000 € for the work remains unpaid.

The Mayor ‘justified everything’ and answered all the judge’s questions, but then had to be attended to a forensic doctor after feeling faint.

The doctor’s presence was called for by the mayor’s lawyer Pablo Luna, who said his client felt ill and tired after spending two nights in the cells of Málaga police station, and following surgery she underwent on March 20th. The lawyer said the surgery had consisted in the removal of a tumor, and that the mayor had 57 stitches as a result on her back.

This led the other judge, Miguel Angel Torres, in Court five to change his order of the day and instead of calling Marisol Yagüe first to declare in the Malaya case, the one resulting from this week’s arrests, he called the Municipal Town Planning advisor Juan Antonio Roca to give his statement first.

Marisol Yagüe, mayor, Marbella, court
—
Spain
RSS
No comments yet. Be the first to add a comment!
Log in or Register to write comments