Eurovision song unveiled and it's a cry of pain 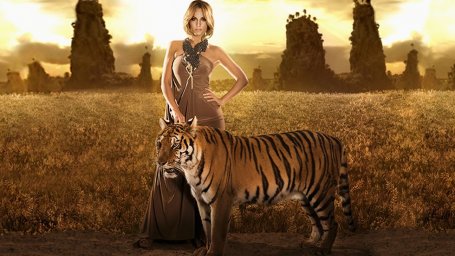 Spain's national public broadcaster has released the much anticipated song, Amanecer (Daybreak), which will be sung by Edurne in this year’s Eurovision Song Contest.

Edurne, who rose to fame in 2005 after appearing on a TV talent show, will compete for Spain in the Eurovision Song Contest on May 23rd in Vienna, singing Amanecer (Daybreak), an epic ballad of lost love.

This year’s contest will be held in Vienna after Austrian drag star Conchita Wurst triumphed with the Bond-esque ballad ‘Rise like a phoenix’.

Spanish entries are renowned for singing in their mother tongue and this year is no exception; Amanecer is sung entirely in Spanish.

«Daybreak is a cry of pain but also about overcoming that pain,» Edurne told Spanish national public broadcaster, TVE.

The song was written by Tony Sánchez-Ohlsson, no stranger to Eurovision; the Spanish producer has written a number of previous entries such as Pastora Soler’s 2012 entry ‘Quédate conmigo’ (Stay with me).

Edurne was announced as this year's Eurovision entry on January 14th. The announcement had to be brought forward after the news was leaked online, by the singer herself.

TVE announced that this year, they will broadcast the two semi-finals, on May 19th and 21st to «build expectation» among viewers before the grand final on Saturday May 23rd.

The Local's roundup of some of Spain's most memorable Eurovision entries

La, la, la by Spanish singer Massiel, is one of just two Spanish Eurovision Song Contest winners. The song won the contest for Spain in 1968, beating the UK favourite, Congratulations, performed by none other than Cliff Richard. A 2008 Spanish documentary claimed that dictator General Francisco Franco bought votes so Spain could win the Eurovision Song Contest, thus improving the country's image abroad. The claims were rubbished by Massiel, who said she won because her song was better.

Spain's second and last ever Eurovision win came just a year later with Salomé's 'Vivo Cantando'. With jazzy backing singers and nifty dancing the song tied with four other countries for first place, including the UK (with 'Boom Bang-a-Bang, performed by Lulu).

In 1990 Spanish sister act Azucar Moreno (Brown Sugar) suffered one of the biggest mishaps in Eurovision history when technical issues (someone not starting the tape in time) meant the sisters, the band and the conductor all missed their cues. Much confusion ensued, with the singers storming off stage, only to reappear seconds later to sing the very Spanish sounding 'Bandido'. The technical issues didn't do too much harm — Azucar Moreno finished in a very respectable fifth place.

Edurne, Amanecer, song, Eurovision
—
92
Spain
Tweet
RSS
No comments yet. Be the first to add a comment!
Log in or Register to write comments
Related news