Ruth Lorenzo - Dancing in the Rain 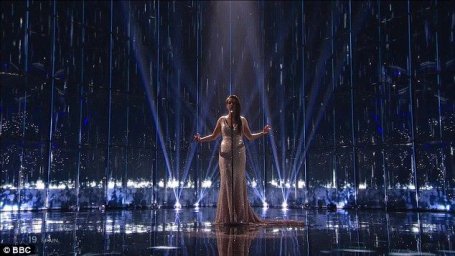 Ruth Lorenzo will represent Spain in Eurovision 2014 on May 9 in Copenhagen (Denmark) with Dancing in the rain, a bilingual ballad with piano and electronic elements that was the favorite of the viewers of the program ¡Mira quien a Eurovision! (Look who to Eurovision!).

The 31-year-old singer from Murcia, raised in the United States and artistically trained in the United Kingdom (where she had her 15 minutes of fame thanks to the X Factor television contest), tied the score with the South African-born Brequette, but the rules dictated that In the case of equality, the vote of the audience had more value than that of the jury.

The singer Ruth Lorenzo wins in the gala of TVE with "Dancing in the rain", aupada by the spectators.