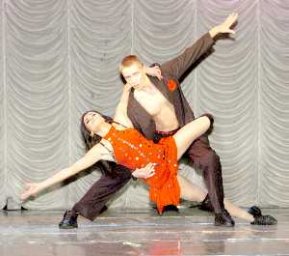 The tango is a dance that Argentina went crazy people throughout its history, from Carlos Gardel to Astor Piazzola. It brings together elements from many cultures, like Argentina brings people of many nations. At the same time is typically porteño.

Search for the origins of the tango is an exciting adventure that takes us to the past of Buenos Aires. Fairy many years that the word was used as a synonym for black dance. He had at its core the attitude to black music. Hence these peculiar figures that were defined as cut and broken. The dancer stopped abruptly, and this was the cut. After performing sudden movements that broke his body, which was broken.

Habanera rhythm was, undoubtedly, the rising tango. Do not forget that the ships coming from Europe, made a stopover in Havana. Equal or greater influence exerted contributions arrived from the old continent, always nostalgic.

The new joined the milonga rhythm. As a dance, was an improvisation, like the current tango. With its languid melancholy gave an early estimate that years later both the tango.

Gradually it became a dance couple embracing, very sensual and very showy. Paradoxically, it was first danced among men. However, he did not have the slightest homosexual content. It was simply a demonstration of skill. In addition, after the conquest women to dance tango, it will not be the key ingredient. The ultimate goal is to know how to dance with mastery without ulterior motives.

The pioneers tango dancing was full of figures. If we see today we seem almost overkill. In the years since the tango smoothed, he became less dramatic and perhaps more elegant. We danced with a religious seriousness, with a metronomic rhythm and impeccable elegance.

It is customary to mention the year 1917 as the birth of the tango song. That's when Carlos Gardel opens the verses of «Mi noche triste». He was the first who sang tango and the first new style. Borges said that these works began the sentimental tango that had little to do with the primitive, he admired. The tango gained more popularity was undoubtedly «Goodbye, boys»:

«Goodbye, boys, comrades of my life,
dear bar those times ...»

It is impossible to believe that tango appeared in brothels. It took over thirty years to go public scenarios. What did the children of those immigrants who came to the Rio de la Plata. The great migratory movement had to leave their testimony in the culture of their time. And if the Rio de la Plata was the focus of emigration, the tango was the witness of the aesthetic manifestations of this corner of the world.