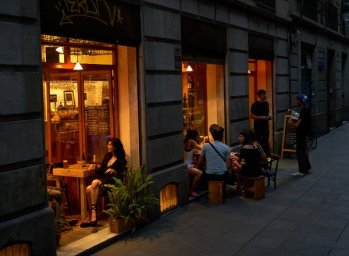 Spain has long been considered, from an economic point of view, as an essentially agricultural and livestock nation, as well as an appreciable producer of a few mining resources, but whose industry represented only a marginal role both quantitatively and qualitatively. However, during the third quarter of the twentieth century this country experienced very important changes in its economic structure, in some of whose sectors were spectacular; In a special way, the accelerated process of industrialization stands out, so intense that it gave rise to the fact that in the early 1970s, Spain was commonly referred to as «the tenth industrial power of the world» (although Poland and Brazil also opted for the same position).

Traditionally Spain has been an agricultural country and is still one of the largest producers in Western Europe, but since the mid-1950s industrial growth was rapid and soon reached a greater weight than agriculture in the country's economy. A series of development plans, which began in 1964, helped to expand the economy, but in the late 1970s a period of economic recession began due to the rise in oil prices and an increase in imports. Subsequently, the government increased the development of the steel, shipyard, textile and mining industries. At present, the outsourcing of the Spanish economy and society is clear both in gross domestic product (contribution in 1999: 69%) and in the employment rate by sectors (62%). The income obtained by tourism allows balancing the balance of payments. The national budget, in 1997, was established at revenues of 21,254,625 million pesetas (approximately 160,770 million dollars) and the expenses of about 25,720,750 million pesetas (about 183,824 million dollars). On January 1, 1986, Spain joined as a full member in the European Union.

spanish
—
98
Spain
Tweet
RSS
No comments yet. Be the first to add a comment!
Log in or Register to write comments
Related
The Spanish way of life