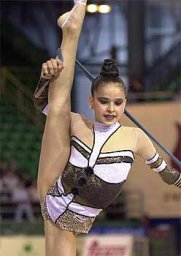 Colino is one of the gymnasts with the most international projection. His next goal is the Athens Olympics.

1997: Third in the Children's Spanish Championship.

1999: Third in the Spanish Championship in June.

Jennifer Colino Guerra burst onto the scene in 2001, since then she has electrified audiences all around the world with her exuberant and captivating performances.

Jenni, as she is call by many spanish fans is a very fast and dynamic gymnast. She has very difficult routines and they are full of energy and expression and that´s why her nickname is earthquake (in spanish terremoto). As a sound technical gymnast she excels in the field of artistry and its rare to see a gymnast put so much into her routines, Jennifer undoubtedly will be battling for an Olympic birth for Spain.

At 15 years old, she is already the fifteenth in the world

At 15 years old, Jennifer Colino is already a reality of our gymnastics. In this World Cup, she has shown that she has enough strength to achieve her dream as a gymnast: «To be among the top three on the podium at the Olympic Games.» At the moment, and according to what she tells us, she has achieved «something very big»: finishing fifteenth in the world in this championship. From the fifth place she achieved in the team competition, she affirms that it is «a good position», and more so if one takes into account that Carolina Rodríguez and she were «newcomers» in this type of competition. «For me, this World Cup has been something unforgettable,» says Jennifer from her vacation break.

The reasons are several: to rub shoulders with the best in the world, to carry out the exercises with the confidence that he demonstrated and, above all, the support of the public. “It has been something incredible. She knew that people were going to cheer, but he didn't think it was going to be that, that would make your hair stand on end. At the end of the exercise I couldn't believe my eyes. They threw stuffed animals, carnations at me… I saw it on television when I was little and I couldn't believe it was happening to me”, Jennifer recalls. In November she will start her 1st year of High School classes, which she will have to combine with the eight hours of daily training.

The gymnast from Alicante Jennifer Colino obtained a fantastic second place in the International Svoling Games Tournament, held this weekend in Finland, ahead of experienced and relevant gymnasts on the world rhythmic scene, such as the Russian Rudalova.

This result shows the great moment of form that Jennifer Colino is going through, as she demonstrated not long ago in Berlin when she took first position in the prestigious Mercedes Benz World Cup.

The coach of the brilliant gymnast from Alicante, Anna Baranova, accompanied her. 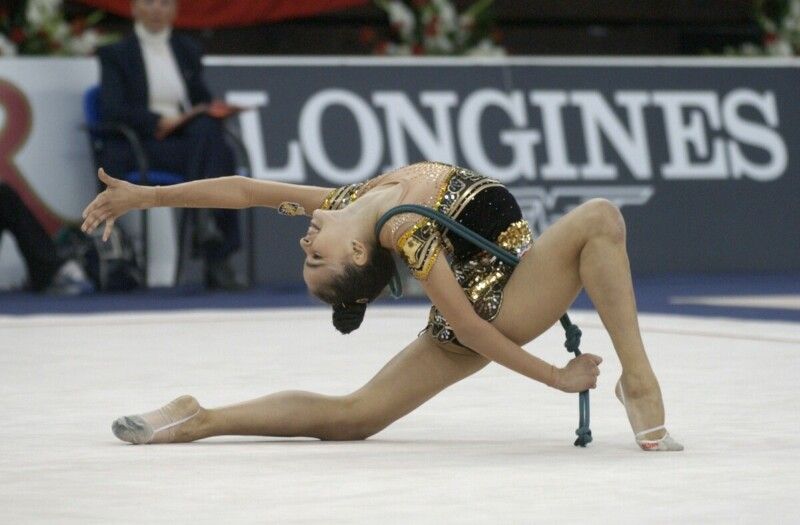 Jennifer Colino, gymnast, rhythmic gymnastics
—
96
Spain
Tweet
RSS
No comments yet. Be the first to add a comment!
Log in or Register to write comments
Related