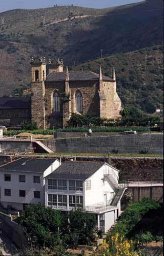 Distances between sights can be daunting in the country’s largest region, but five historic cities reward the intrepid visitor: the harmonious Renaissance university city of Salamanca; Segovia with its towering Roman aqueduct and exquisite royal castle; Burgos built around a Gothic cathedral; León, its cathedral famous for its stained-glass windows; and Ávila, ringed by medieval walls. En route between these cities there are vast empty tracts of land but you are rarely out of sight of a castle, a distinguishing feature of this part of Spain.

Castilla y León
—
Spain
RSS
No comments yet. Be the first to add a comment!
Log in or Register to write comments
Related