A Russian enclave in Spain 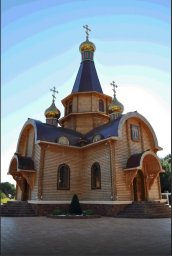 Although Putin's private life is shrouded in secrecy, Spanish media have recently covered a favorite holiday destination of Huilo. They say that the russian prez likes to go to Altea, a small town near Alicante.

Is this VVH's favorite holiday retreat?

A super-exclusive resort just outside Altea

Putin's Spanish retreat is not one of the rustic houses in the village of Altea. Instead, media such as Vanitatis have located Putin's vacation home in the exclusive Altea Hills resort, nestled high in the mountains. 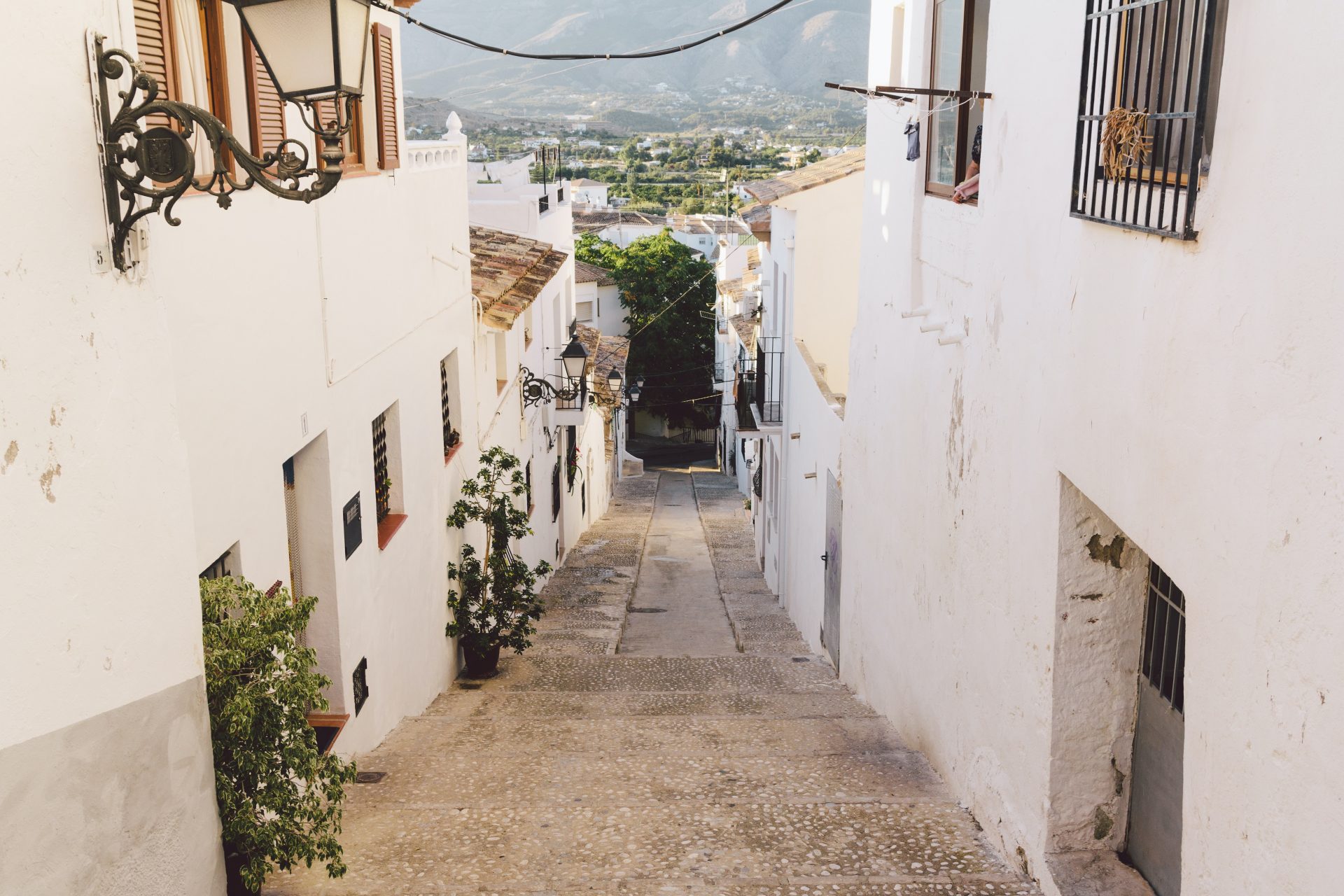 In the mountains of Altea

This is the landscape in which Altea Hills is located. It's an exclusive residential area with strict supervision where you can only enter as an owner or by invitation. In the mountains are villas that house all kinds of celebrities, or people who want to remain anonymous. 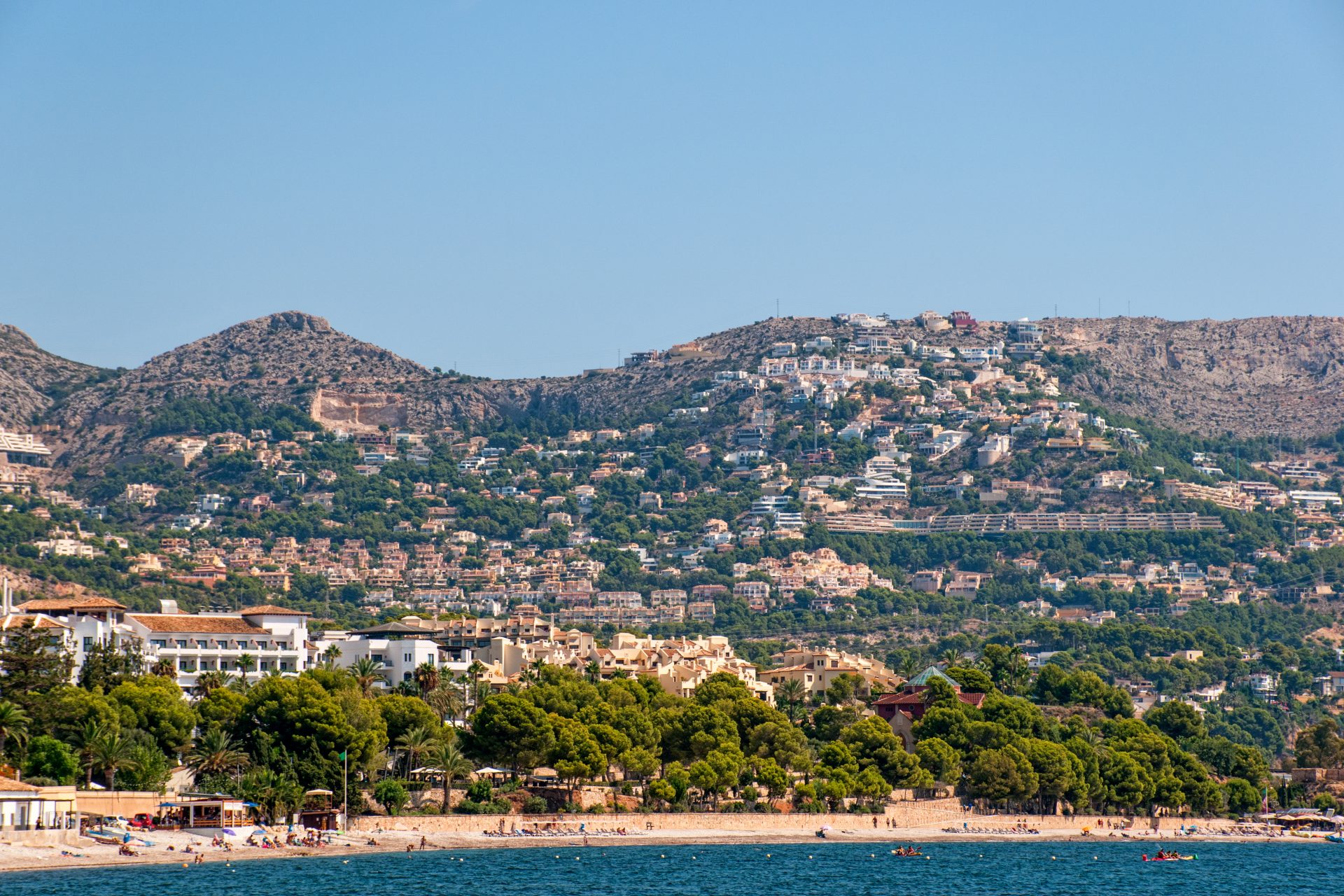 Exclusivity and a magnificent view of the Mediterranean Sea

For millions of dollars, Altea Hills offers exclusivity and an unparalleled view over the bay of Altea. These are the views that Putin would have enjoyed during several summers, albeit discreetly and without leaving the grounds too often. 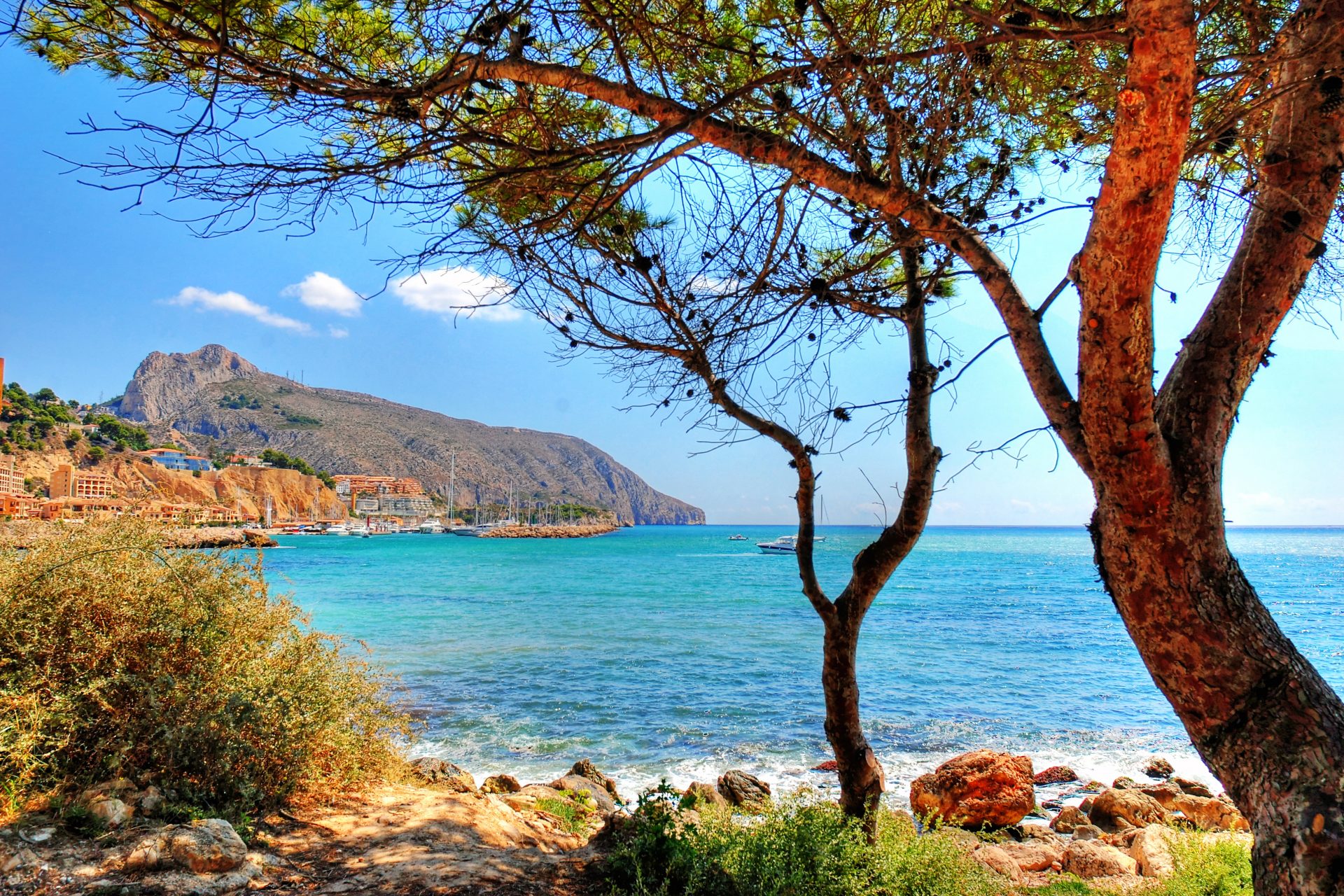 An Orthodox church for the Russians

The density of the Russian population in Altea has led to the construction of a large Orthodox church. It's dedicated to Saint Michael the Archangel. 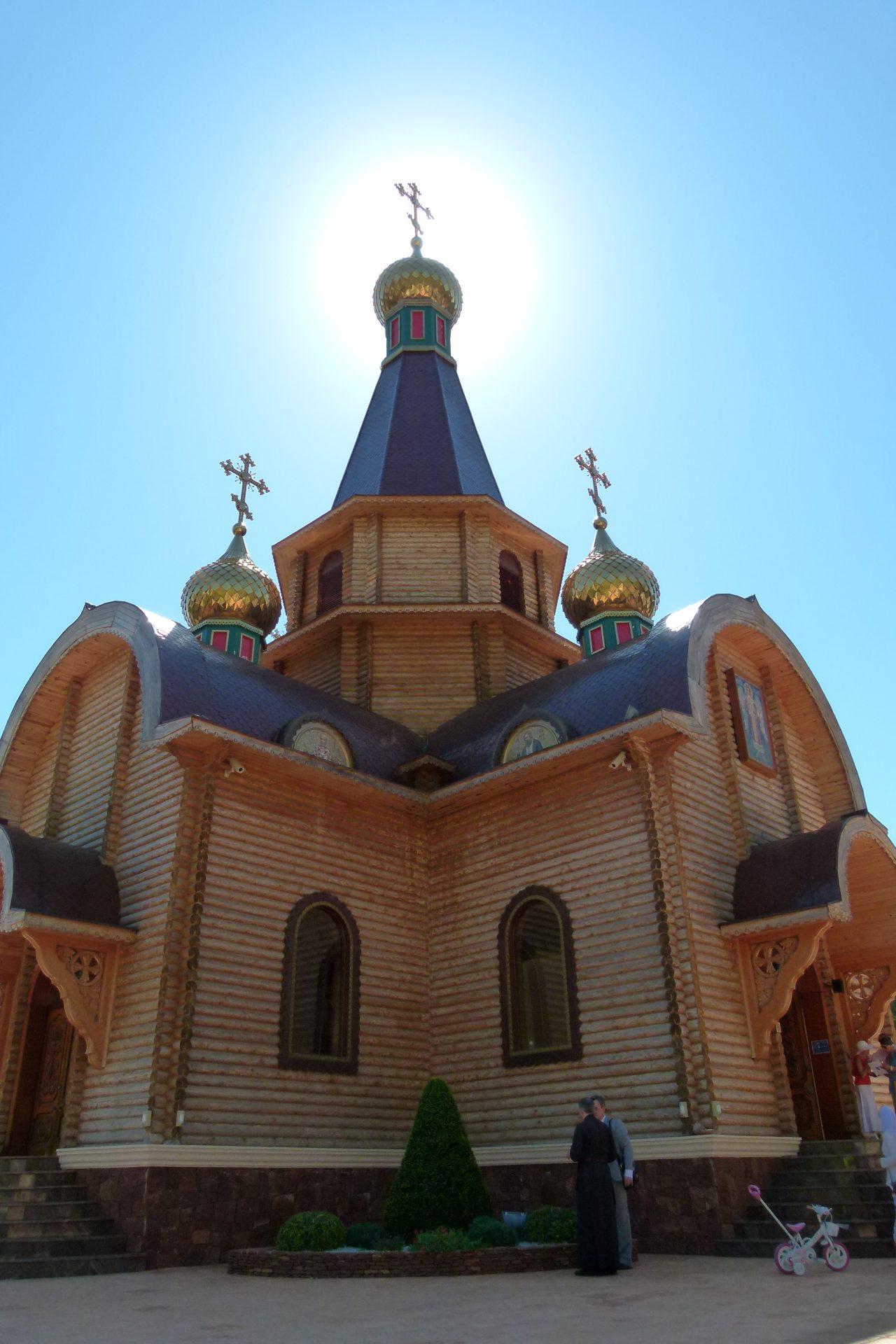 They dominate the real estate market

The Russian population forms 70% of the foreigners who have bought houses in the Spanish province of Alicante in the past ten years. Altea is an important part of this development. It's a market that had less than 5% of the foreign purchases before 2010. 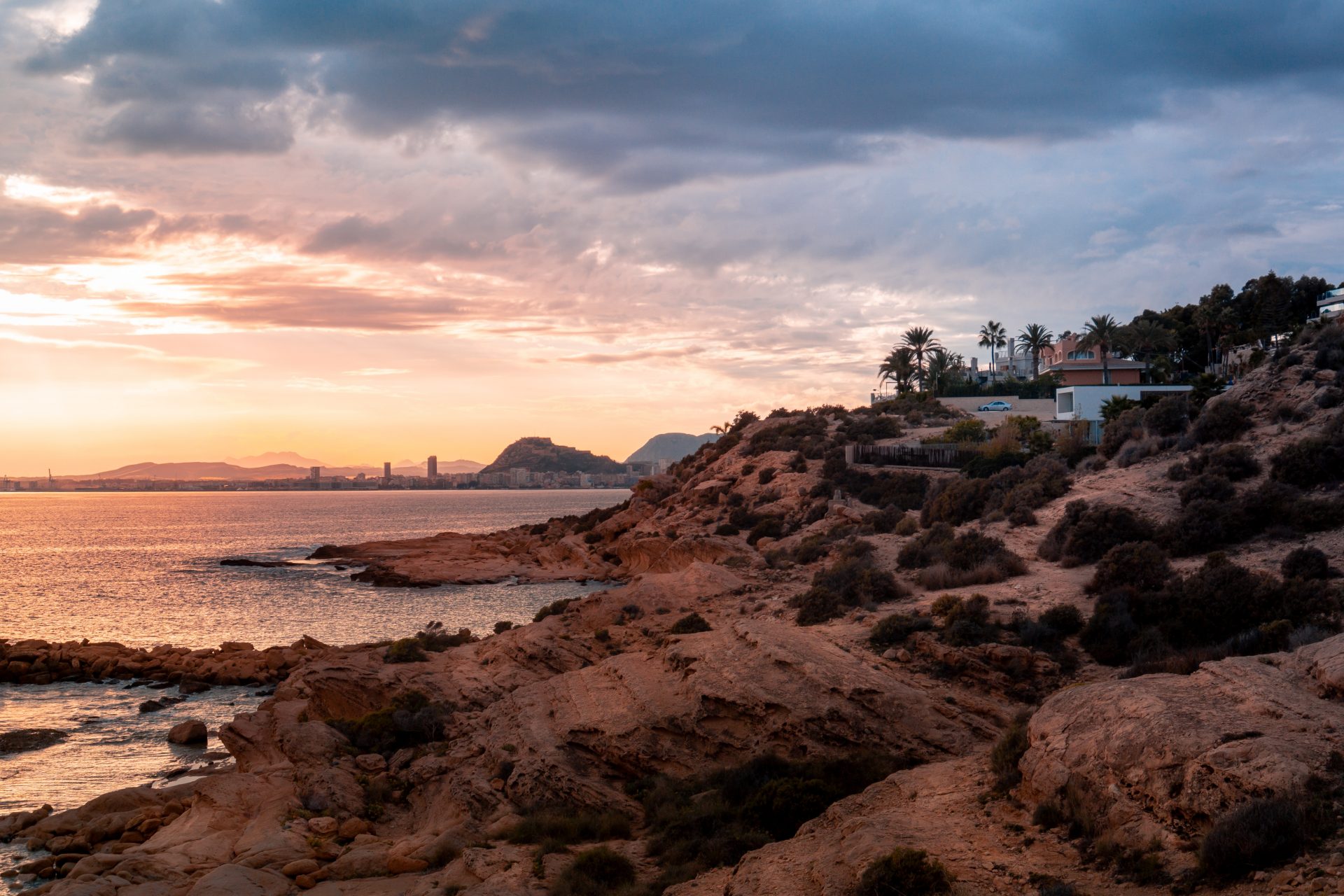 Two visits: one to explore, another to buy

The method of the Russian buyer is simple, as the Spanish newspaper El País explains. On a first visit, they check the climate, the environment and the real estate on offer. Then, on a second visit, they buy the property. They usually pay in cash, without financing, and with the help of someone who speaks the language. 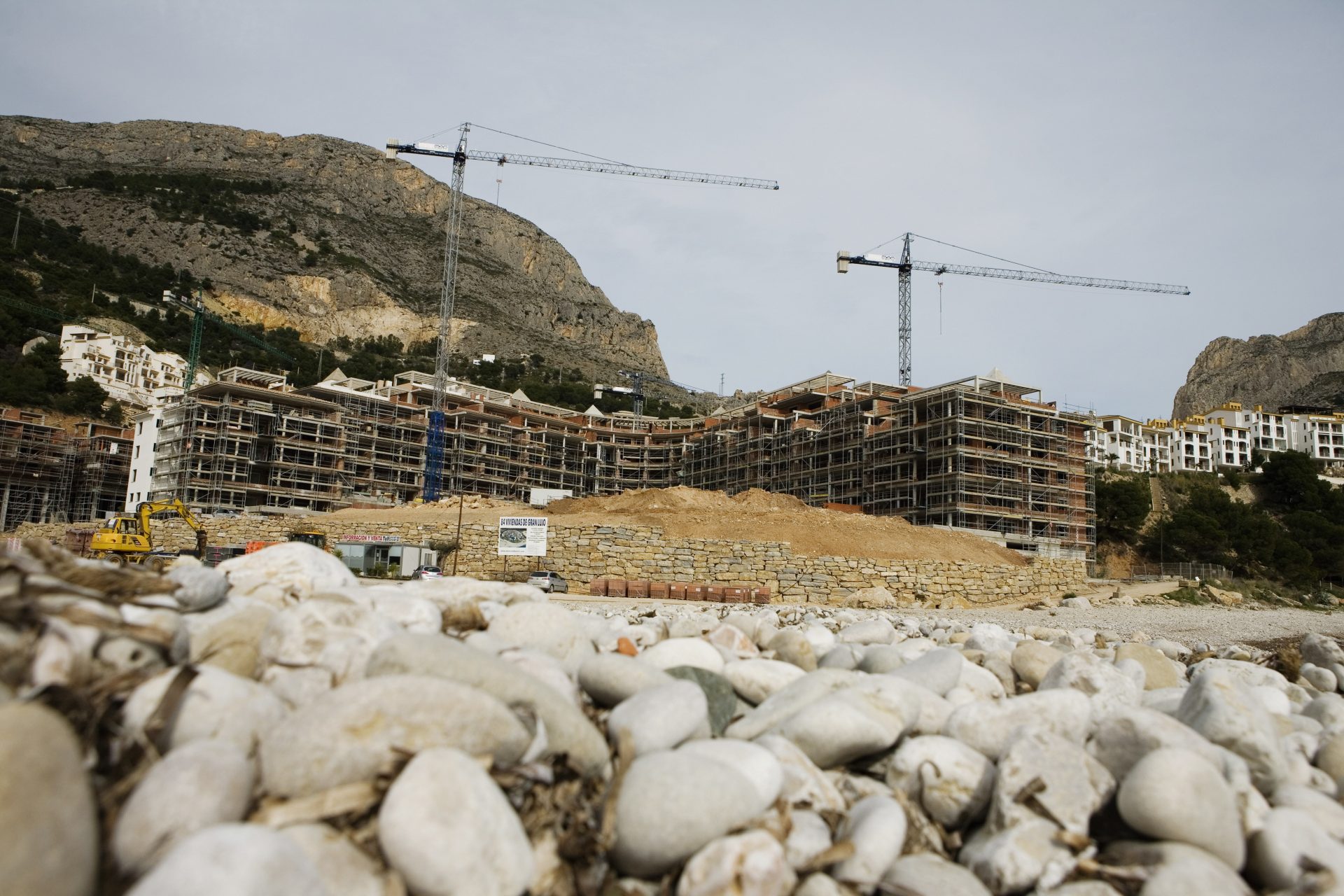 Putin has not denied nor confirmed anything about his alleged vacations in Altea. It sounds plausible, though, because many wealthy Russians vacation or live in the area. According to Altea's municipal census in 2021, there were a total of 759 inhabitants of Russian descent living there. That is more than 4% of the population.

At home in Altea

It is not hard to imagine that Vladimir Putin likes Altea for vacationing and relaxation, because the population makes him feel at home and he can hold meetings there with the utmost discretion.

Russian yachts in the Mediterranean

Wealthy Russians love the Mediterranean, where they sail their yachts. Media outlets such as Reuters have reported that some of these yachts have now headed for safer harbors where sanctions or seizures would not reach them. Roman Abramovich, for example, sent his superyacht Solaris out of Barcelona on March 11. 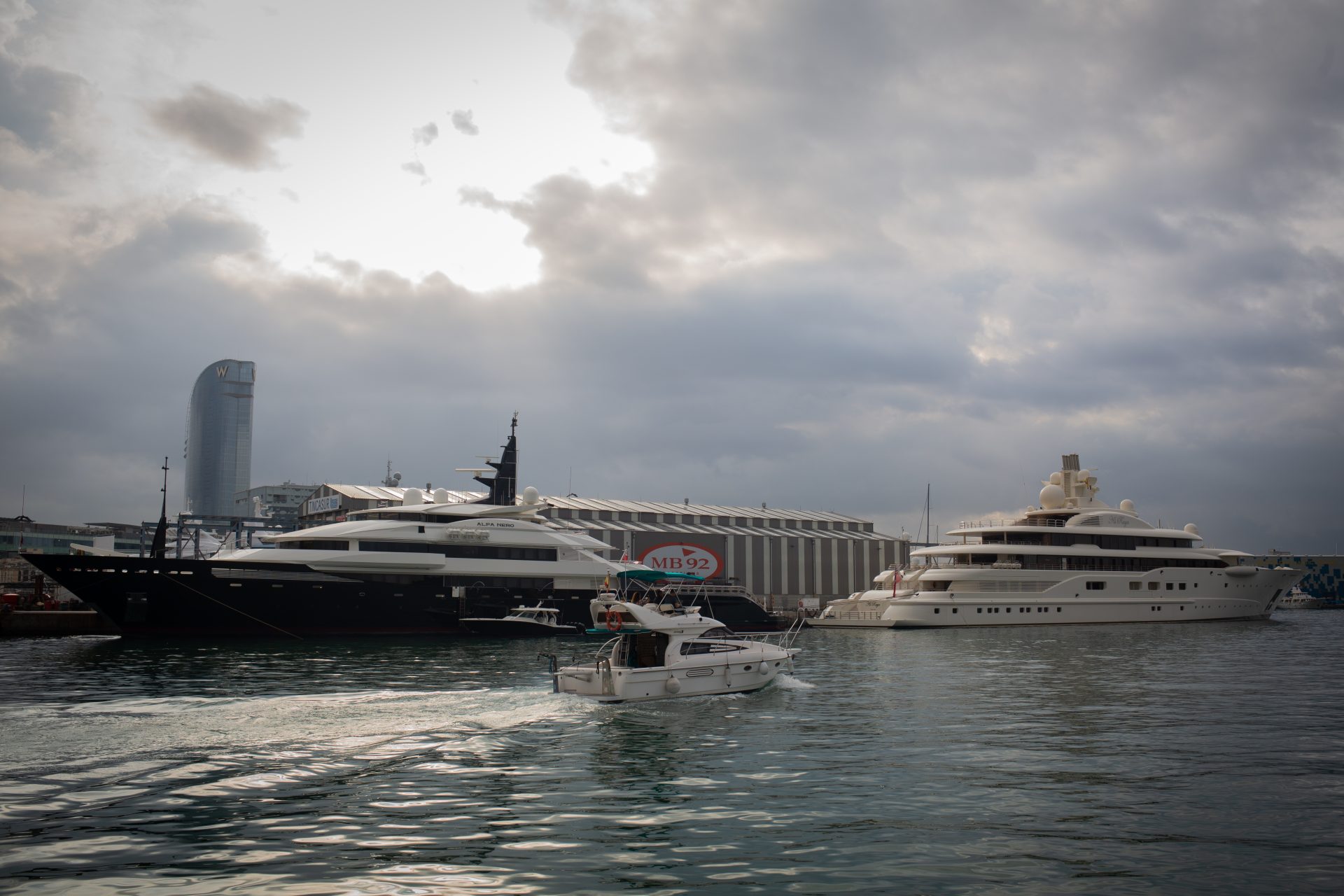 From Cyprus to Altea

Before they settled in Alicante, many Russian millionaires had (and still have) Cyprus as their residence. The reason for this is the so-called golden passport policy, with which they obtained Cypriot citizenship by investing 2.5 million dollars in real estate on the island. Making such an investment, many Russian billionaires settled in Cyprus. It helped them avoid international sanctions while also protecting their assets from the Russian government. The pattern became clear from the nearly 1500 documents of the 'Cyprus Papers.'

Something similar happened more than a decade ago, in London, when golden visas were offered to Russian oligarchs to attract foreign capital and help the UK in the midst of the economic crisis. Thousands of wealthy Russians settled in the British capital this way, turning it into an economic and political hotspot as well as a holiday destination.

Moscow on the Thames

In 2020, the Office for National Statistics (ONS) estimated that the Russian population in London was over 73,000. Russian oligarchs have created their own 'Londongrad' or 'Moscow on the Thames,' in the heart of the British capital and in exclusive neighborhoods such as Chelsea or Belgravia.

Roman Abramovich, most visible among them

In the city of London, Russian wealth has gradually gained influence politically, economically and socially, thanks to the permissiveness of the British government. The clearest and most public example of this influence is Roman Abramovich, the Russian oligarch who bought Chelsea Football Club and was its president in the most successful period of its history.

Another hotspot for Putin? Siberia!

Back to Vladimir Putin. Besides sunny Altea or rainy London, which other places does he like? Well, his favorite holiday destination, for all that it symbolizes and all that it offers, is undoubtedly the uninhabitable Siberia.

Kremlin spokesman Dmitri Peskov went as far as to reveal to Russia-1 that Putin «loves this region because of his spiritual connection to Siberia.»

What does Siberia have to offer him beyond the infinite fields? Peskov referred to «possibly risky expeditions such as a whale-watching boat trip in Kamchatka or flying with Siberian cranes.» These are undoubtedly unique experiences.

But what attracts Putin most to Siberia, «especially if it's only for a few days,» Dmitri Peskov said, is the opportunity to take a break in the forests of Siberia and isolate oneself from civilization. There's often no phone reception there, which can be a real luxury for the president — even though Siberia doesn't quite have the climate of the Mediterranean.

Altea, Putin, Huilo
—
155
Spain
Tweet
RSS
No comments yet. Be the first to add a comment!
Log in or Register to write comments
Related
Regional Spain