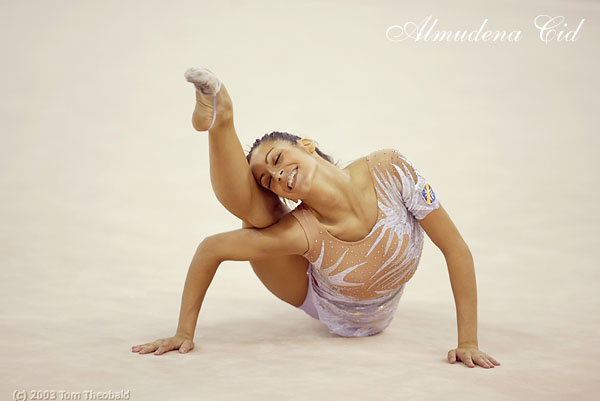 Almudena Cid is one of very few veterans in Rhythmic Gymnastics, surrounded by new exponents to the world of this sport.

She manages to retain her individualistic style whilst keeping up with the demanding requirements of the current Code of Points. Almudena is a reference in the world of the rhythmic gymnastics and she is on the heart of many fans all over the world. She is also very admired in her country and many spanish girls had enter to RG thanks to her. She started to shine in 95 and after that she never left the top places. In her quest to make Olympic history by qualifying for her third Olympic final in Athens, this European Championships should set her well on her way.